Hike through the verdant and historic Qadisha valley

6 days Ask us for pricing This is the price per person for a private tour (based on 2 people travelling) excluding international flights. Contact us for pricing for other group sizes including individuals.
Ask us a question
Book now
Intro, Dates & Prices


Hike through the verdant and historic Qadisha valley discovering the stunning nature and fascinating history of this little visited region. Overnight in an 18th Century Maronite monastery, experience a true Lebanese welcome by staying with a local family. Visit a hermit, hike through a stunning Cedar forest, experience the dramatic Baatara sinkhole and explore the unique Jeita Grotto. And don`t forget the delicious food!

International return flight (where indicated)
Airport pick-up & drop-off
Overnights in a monastery, with a local family and in lodges
All ground transport and drivers
English-speaking guide
All entrancefees
Most meals (refer to itinerary for meal plan)
Bottled water (3 litres per person per day)
Day pack only. Luggage transfer is assured

Prices
GROUP PRICE is the per person group tour price, based on 2 sharing PRIVATE PRICE is the price per person for a private tour (based on 2 people travelling). Contact us for pricing for other group sizes including individuals. Where WITH FLIGHT variations are shown these are estimates based on return flights from London. We are happy to quote for flights from alternate cities. SINGLE SUPPLEMENT is the supplemental cost payable for having your own room instead of sharing a room. If you are open to sharing a room and we can match you up with another same sex traveller there is no supplement to pay. NOTE: costs may vary across departures so ask us to confirm for your required departure date. All prices are subject to change according to exchange rate and flight cost fluctuations.

When to go
'Best' refers to the main season.   'Good' refers to periods outside the main season  which are still suitable for travel.  'Off season' means this is not the usual period for travel.  In some cases it may not  be possible to run this tour at this time, or weather conditions may make it difficult.  ​In all cases ask us if you would like any clarification.

Activity
Off the beaten track

Arrival into Beirut airport where you will be met by a Travel The Unknown representative. Transfer to hotel in Beirut's popular Hamra quarter. Overnight in Beirut.

Beirut's history goes back more than 5,000 years. According to the Encyclopaedia Britannica, its antiquity is indicated by its name, which is derived from the Canaanite be'erot ("wells"), and refers to the underground water table that is still tapped by the local inhabitants. Historically occupied by the Romans, the Crusaders and the Ottomans among other ruling dynasties, Beirut’s art and architecture has had multiple and diverse influences. Excavations in the downtown area have unearthed layers of Phoenician, Hellenistic, Roman, Byzantine, Arab, Crusader and Ottoman remains. The first historical reference to Beirut dates from the 14th century BC, when it is mentioned in the cuneiform tablets of the Amarna letters, three letters that Ammunira of Biruta (Beirut) sent to the pharaoh of Egypt. Biruta is also referenced in the letters from Rib-Hadda, king of Byblos. The oldest settlement was on an island in the river that progressively silted up.

The city was known in the Roman period as Berytus, and the old Roman coins showed the head of Tycle, goddess of fortune, and the city’s symbol of a dolphin entwined around an anchor. Beirut’s rich artistic and archaeological history is reflected in its vast number of museums. Berytus' power was destroyed by an earthquake, tidal wave and fire in 551 A.D. In the following century Arab Muslim forces took the city and in 1110 it fell to the Crusaders. In 1291 it was conquered by the Mamlukes. Ottoman rule began in 1516 and lasted for 400 years until the defeat of the Turks in World War I.

The French Mandate Period followed and in 1943 Lebanon gained its independence. Set between the Mediterranean and dramatic mountains rising up in the background, Beirut is one of the Middle East’s most lively cities. The rejuvenation of the Beirut Central District is one of the largest, most ambitious urban redevelopment projects ever undertaken. While Beirut has become one of the Middle East’s most modern cities, it still maintains its fascinating history and beautiful sites, as well as a thriving arts scene. Until the civil war ended in 1990, most of the archaeological sites discovered were found by accident. However, since then there have been excavations to uncover and investigate these phenomenal sites. The Green Line was a line of separation between the Muslims in West Beirut and the Christian front in East Beirut. It was green because it was uninhabited and therefore covered in vegetation. The local people are renowned for being extremely friendly and charming.

Breakfast at hotel. Check-out at 8:00am and transfer to the Kesrouan area, 50km North-East of Beirut. The area is most famous for the spectacular Jeita Grotto. Spend some time exploring these incredible caves with one of the world's most impressive collection of stalagmites and stalactites. After exploring the caves the hike starts. The itinerary crosses the wooded Jabal Moussa Reserve to an isolated hamlet on its northern flank. 'Jabal Moussa' or 'Moses' Mountain' is home of many trees such as iron oaks, elms and junipers. The fauna is rich as well; porcupines, foxes, jackals, wolves, hyenas are all present but are rarely seen in daylight. The ruins of stone houses bear witness to the once flourishing silk industry. Hiking profile 1400-1600-800m. Cumulative uphill: 500m. Overnight with a local family in a unique setting overlooking the Nahr Brahim valley and Adonis river.

Jeita Grotto is a group of caves that have been sculpted over thousands of years by water. They were discovered in 1836 by Reverend William Thomson, an American missionary. The caves provide a tunnel or escape route for the underground river, which is the principal source of the Nar el-Kalb (Dog River). The lower galleries, discovered in 1836 and opened to the public in 1958, are visited by boat. The upper galleries, opened in January 1969, can be explored on foot.

The route continues along the Adonis river's southern flank before it crosses a natural bridge of great beauty to the right bank and into the Jbayl district. Here you will find what is known as the "smoking hole" because of a curious phenomenon. The whole river disappears underground for 70m before it surges up again forming a high column of water vapor. Depending on weather conditions, the column can reach over 100m in height. Seen from afar, it looks like a forest fire. Here one recalls the seasonal rebirth of Adonis, killed by a jealous god at the river's bank. Passing a Phoenician altar, the trail starts a long ascent through wild pines and apple orchards. Finally we arrive into the Laqlouq ski resort for an overnight. 800- 550-1500m. Uphill 1000m.

Here you will find what is known as the “smoking hole” because of a curious phenomenon. The whole river disappears underground for 70m before it surges up again forming a high column of water vapour. Depending on weather conditions, the column can reach over 100m in height. Seen from afar, it looks like a forest fire. Here one recalls the seasonal rebirth of Adonis, killed by a jealous god at the river’s bank. Passing a Phoenician altar, the trail starts a long ascent through wild pines and apple orchards.

After breakfast the itinerary starts uphill to the curious rock dwellings of a past dissident bishop, before descending gently to an organic farm and the breathtaking '3 bridges' Baatara sinkhole, an impressive natural phenomenon that has drawn rock climbers and speleologists from all over the world. The route continues through a deep gorge to Tannourine and the serene setting of the Houb monastery for an overnight. 1500-1200-1700-1500-1600m. Uphill 800m.

The itinerary crosses the Reserve of Tannourine and the stunning cedar forest of Hadath. Continue along a steep but beautiful path to the Qannoubine hamlet in the heart of the UNESCO-listed Qadisha valley. Qadisha ('saint' in Syriac) Valley has since medieval times been the abode of numerous monks and hermits that have chosen the shelter of its high cliffs and grottoes as an ideal place for prayer and contemplation. In the valley visit the Qannoubine monastery, residence of 17 Maronite patriarchs since 1440, now the summer residence of nuns. Stop at the 13th Century Haouqa Seminar, now occupied by a Colombian hermit. The trek ends at the end of the valley. 8:30-16:30 Trekking. 1600-1700-1500-1700-550m. Uphill 500m. Transfer to Beirut, 100km from Torza. Overnight in Beirut (Hamra).

Declared as a UNESCO World Heritage site in 1998, the stunning Qadisha Valley offers spectacular scenery and a unique atmosphere. With the Qadisha River running through the bottom of the gorge, the valley is considered one of Lebanons most beautiful places to visit. Qadisha comes from a Semitic root meaning ‘holy’. Scattered with caves and rock shelters from the third millennium B.C. to the Roman period, the valley is filled with cave chapels, hermitages and monasteries cut from rock.


Hamra (“red” in Arabic) owes its name to the ochre dunes that once covered this sparsely inhabited area. Things changed in 1866 with the founding of the American missionary "Syrian Protestant College", later to become the famous AUB (American University of Beirut) and its no-less-renowned AUH hospital. With the civil war, the area lost some of its glamour but remains a most interesting place to stay in.

Breakfast at hotel and transfer to airport for return flight.

Ancient ruins, natural wonders and the hidden treasures of Lebanon

Discover the flavours of the Levant

Hike through the verdant and historic Qadisha valley

The Qadisha Valley is a beautiful and fascinating place. The night in the monastery was a highlight for me although both the other home stay nights were equally enjoyable in their own way. Danielle made me feel particularly welcome and my guides looked after me very well throughout. 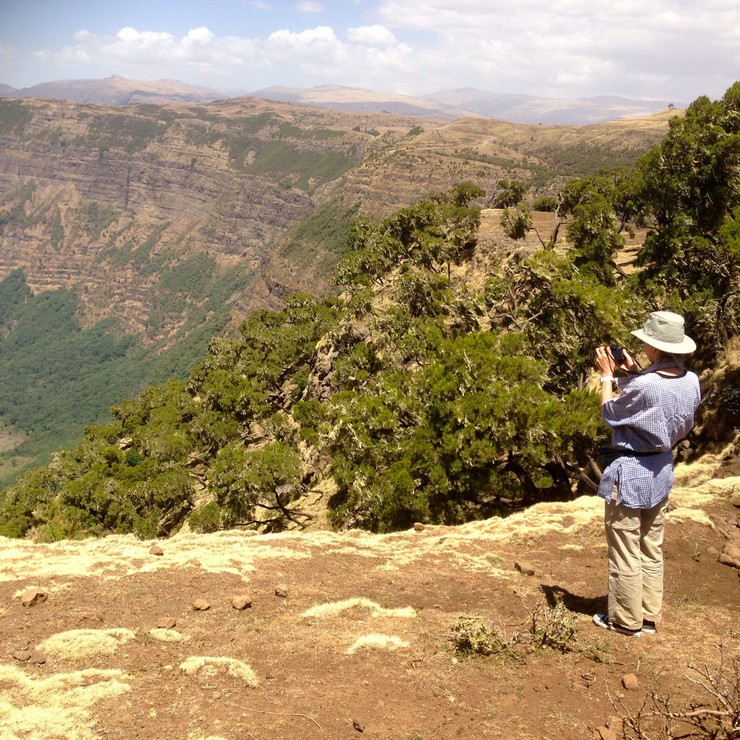 The trip to Lebanon was first class in every way. In the four full days of the tour, we saw all the main sights in the country and some extras were thrown in. The guide and driver were outstanding. The accommodation was good and the food was absolutely superb. 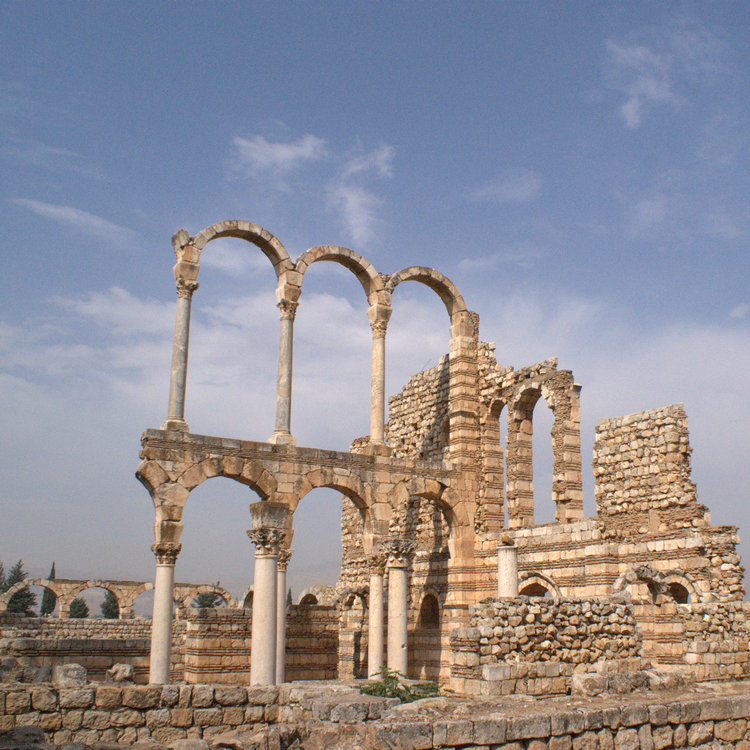 Great mixture of everything. Of all the places we visited, Byblos is a lovely town with great restaurants. Also, the lunch at the Eco place in the Bekka valley was stunning. While it was expensive, Lebanon is an expensive country and we saw more than we could possibly have seen by ourselves. Best holiday in a long while. Travel The Unknown were flexible and professional to deal with and put together a trip for us that was one of the best holidays in years. Would definitely consider Travel The Unknown again for future trips.

Let Us Inspire You

Or search directly from our list of tours:
Close